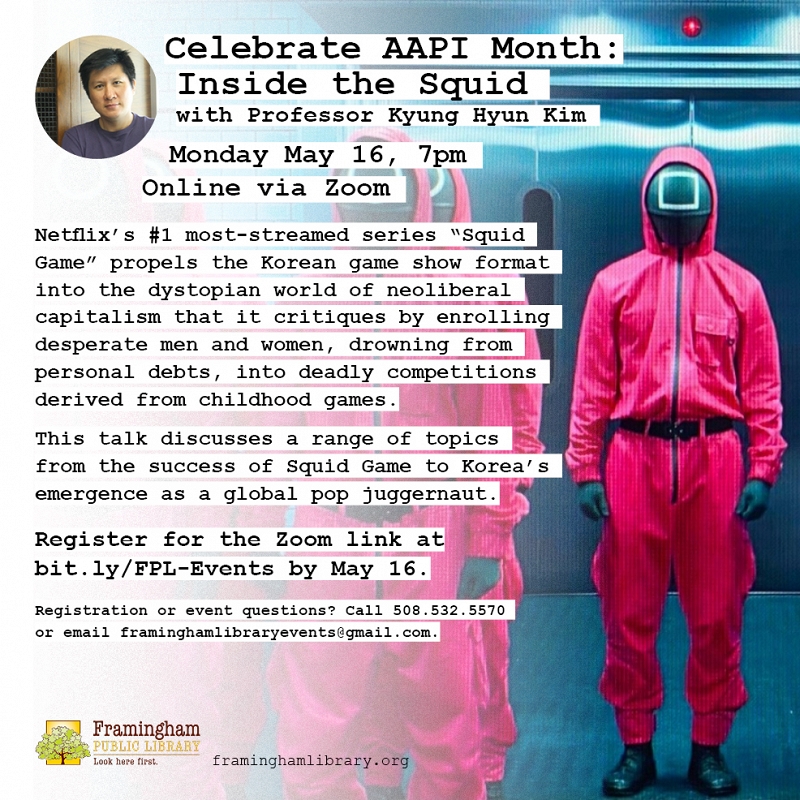 Anyone who has visited Korea in recent years has likely noticed that comedy variety shows are quite popular there. These Korean productions feature a pack of male performers standing around before a camera in a public space before dispersing to change into track suit uniforms and play silly playground games such as hide-and-seek, capture-the-flag, jump rope, rock-paper-scissors, wordplay, and pass-the-cellphone. Recently arrived on Netflix is Squid Game, a horror drama version of these Korean comedy shows. The nine-episode Korean drama-thriller strips away the veneer of comedy where grown-ups play children’s games. By instead fictively enrolling desperate men and women who are drowning from personal debts into literally deadly competitions derived from the same childhood games, Squid Game propels the Korean game show format into the dystopian world of neoliberal capitalism that it seeks to critique. This talk will discuss a range of topics from the success of Squid Game to Korea’s emergence as a global pop juggernaut.