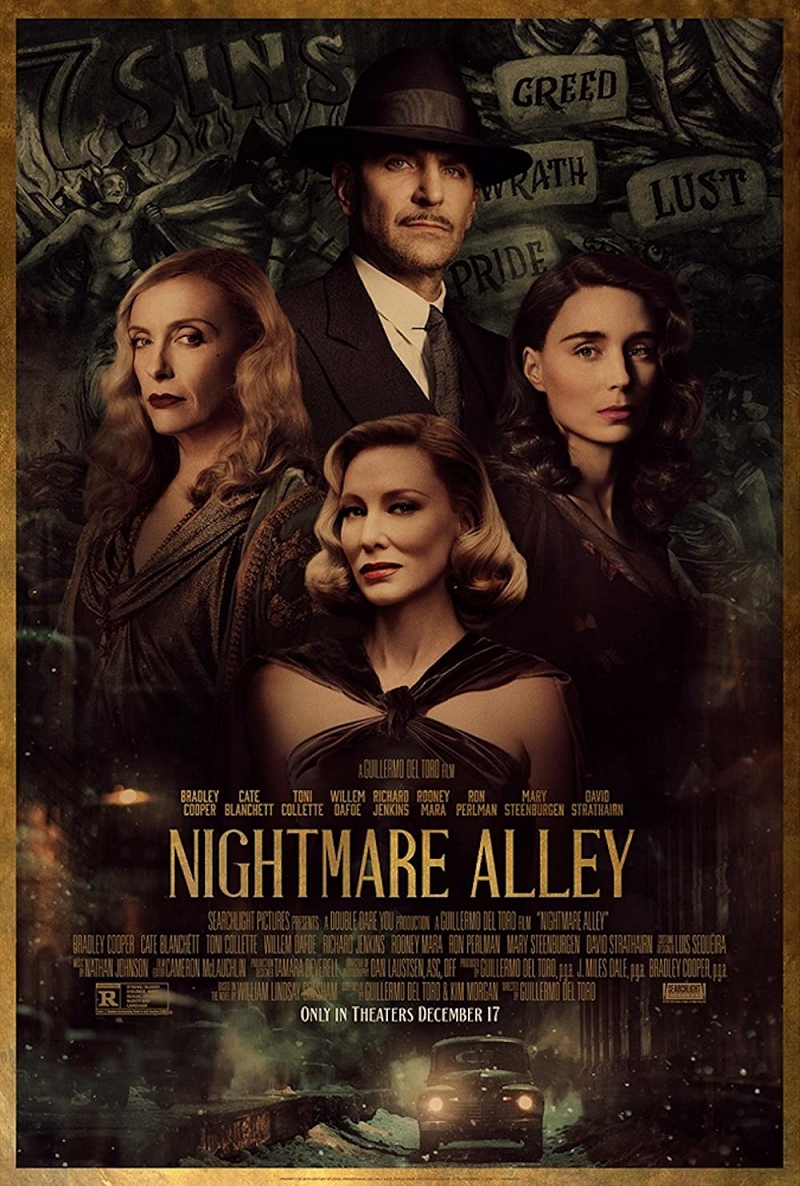 Nightmare Alley is a 2021 neo-noir psychological thriller film co-written and directed by Guillermo del Toro, and based on the 1946 novel of the same name by William Lindsay Gresham. It is the second feature film adaptation of Gresham's novel, following the 1947 version.