Look HERE first for the latest news and resources from Framingham Public Library, along with important information about community events and resources. 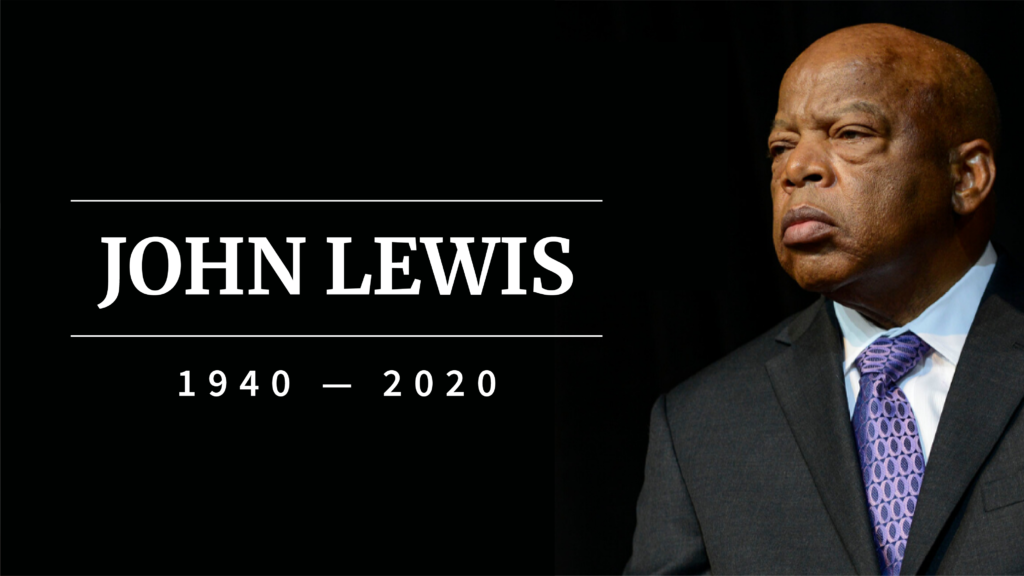 Image courtesy of The President's Proclamation on the Death of John Lewis.

John Lewis, in full John Robert Lewis,  (born February 21, 1940, near Troy, Alabama, U.S.—died July 17, 2020, Atlanta, Georgia), was an American civil rights leader and U.S. Congressman best known for his chairmanship of the Student Nonviolent Coordinating Committee (SNCC) and for leading the march that was halted by police violence on the Edmund Pettus Bridge in Selma, Alabama, in 1965, a landmark event in the history of the civil rights movement that became known as “Bloody Sunday.” (Continue reading bio or skip to anti-racism resources)

Lewis was the son of Alabama sharecroppers. He attended segregated schools and was encouraged by his parents not to challenge the inequities of the Jim Crow South. As a teenager, however, he was inspired by the courageous defiance of Rosa Parks and Martin Luther King, Jr., to whose attention Lewis came when he indicated his desire to desegregate Troy State College (now Troy University). Dissuaded from doing so by his parents, Lewis instead was educated in Nashville at the American Baptist Theological Institute and Fisk University (B.A. in religion and philosophy, 1967).

There Lewis undertook the study of nonviolent protest and became involved in sit-ins at lunch counters and other segregated public places. In 1961, while participating in the Freedom Rides that challenged the segregation of Southern interstate bus terminals, Lewis was beaten and arrested—experiences he would repeat often. In 1963 he was elected to replace Chuck McDew as the chairman of SNCC, a position he held until 1966, when he was succeeded by Stokely Carmichael, as the organization took a more-militant direction. Also in 1963 Lewis played a key role in the historic March on Washington. Indeed, by that point, Lewis, though still in his early 20s, had already become such a prominent figure that he was considered one of the civil rights movement’s “Big Six” leaders, along with King, James Farmer, A. Phillip Randolph, Roy Wilkins, and Whitney Young. In 1964 Lewis headed the SNCC’s efforts to register African American voters and organize communities in Mississippi during the Freedom Summer project.

After leaving the SNCC, Lewis, who had made his home in Atlanta, remained active in the civil rights movement, most notably as the director of the Voter Education Project. In 1977 a fellow Georgian, Pres. Jimmy Carter, put Lewis in charge of ACTION, the umbrella federal volunteer agency that included the Peace Corps and Volunteers in Service to America (VISTA). Lewis entered elective office as an Atlanta city councilman in 1981 and in 1986 began representing a district that included Atlanta in the U.S. House of Representatives.

In addition to numerous other honours he received, Lewis was awarded the Martin Luther King Jr. Nonviolent Peace Prize in 1975, the John F. Kennedy Profile in Courage Award in 2001, and the National Association for the Advancement of Colored People’s (NAACP) Spingarn Medal in 2002. In 2011 he received the Presidential Medal of Freedom. ("John Lewis." Britannica Library, Encyclopædia Britannica, 17 July 2020. https://library.eb.com/levels/referencecenter/article/John-Lewis/489884. Accessed 19 July 2020.)

Learn more about the extraordinary life of John Lewis:

I'm not a racist. 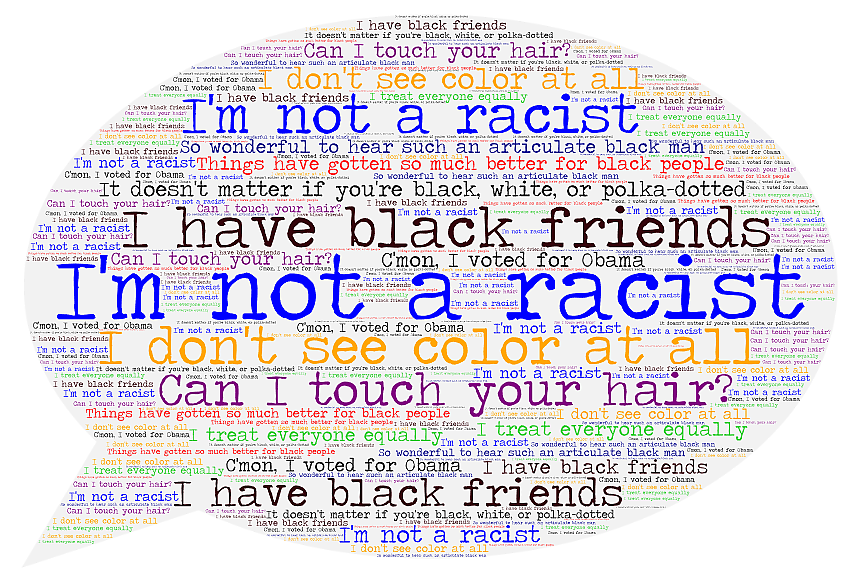 "Racism is a complex system of beliefs and behaviors, grounded in a presumed superiority of the white race. These beliefs and behaviors are conscious and unconscious; personal and institutional; and result in the oppression of people of color and benefit the dominant group, whites. A simpler definition is racial prejudice + power = racism." (Glossary, Racial Equity Resource Guide)

Fighting racism requires understanding it first. Our hope is that this compilation of resources will challenge our community to examine long held ideas about race and racism in a new light. In addition to books, videos, and podcasts, we have included a list of anti-racism organizations for those who wish to take further action. By no means is our resource list exhaustive, merely a starting point -- with a practical focus on listing materials that are held by Framingham Public Library or free of charge on the Internet.

Framingham Public Library staff members have collected the following resources for adults, teens, and children. We welcome your suggestions for other resources and materials for our collection. Click here to send us your ideas.

The City of Framingham offers a "Resources for Equity, Diversity, and Inclusion" webpage, which contains lists of resources for all ages, along with links to Mayor Spicer's Community Hours on the subject of understanding and combating racism on a local level.