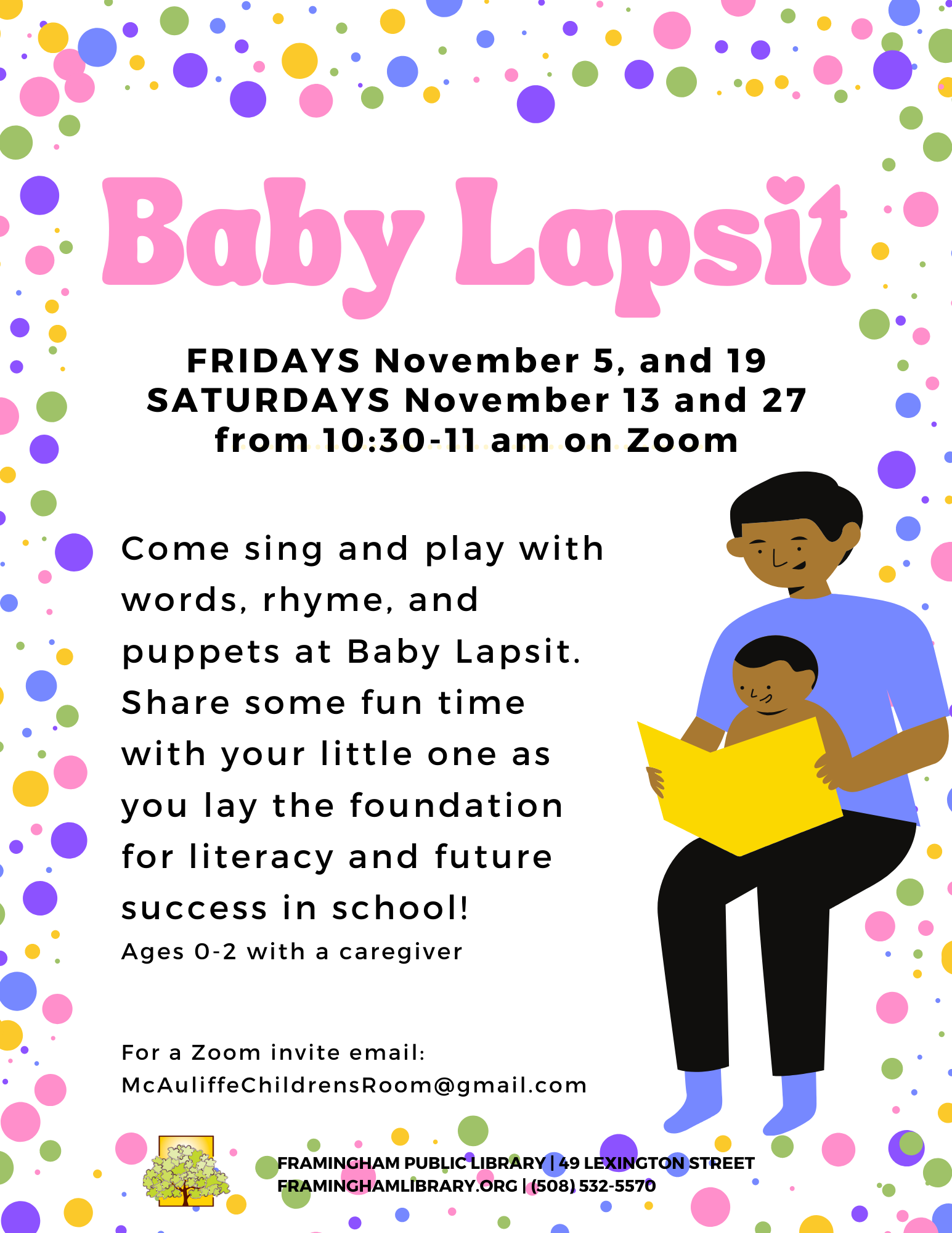 Come sing and play with words, rhyme, and puppets at Baby Lapsit. Share some fun time with your little one as you lay the foundations for literacy and later success in school! Ages 0-2 with caregiver. 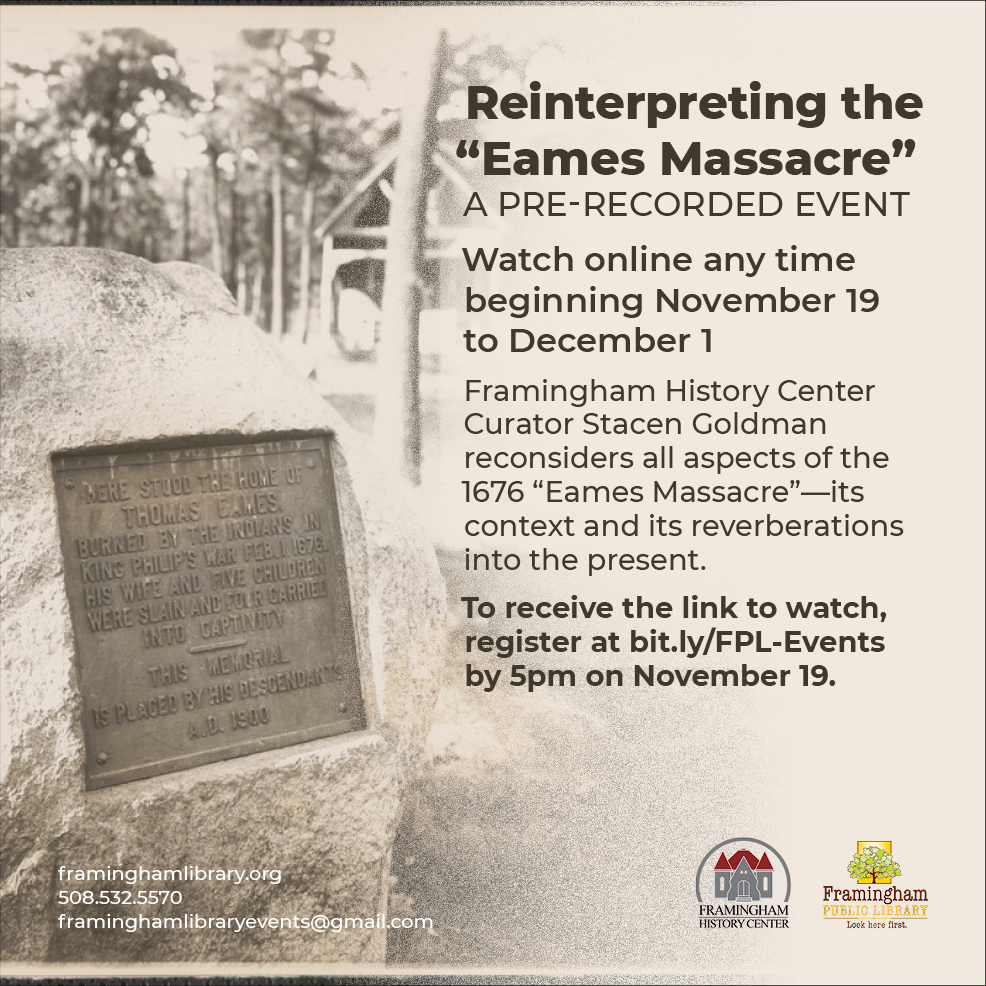 In February of 1676, at the height of King Philip’s War, an altercation occurred on Mount Wayte between the Eames family and nine Nipmuc men. The fight resulted in the death and kidnapping of multiple members of the Eames family, and the destruction of the Eames homestead. The “Eames Massacre,” as it has come to be called, has been interpreted as one of the significant moments in Framingham’s history, and the Eames family has largely been painted as the sole victim. But the lead up to this event was extremely complex and mutually destructive to both sides in the conflict. Framingham History Center Curator Stacen Goldman will reconsider all aspects of the "Eames Massacre" - its context and its reverberations into the present.

This link is live on November 19th, at 7pm. The lecture will be available to watch on your own time until Decemeber 1st.