Per the March 29 Press Release from the Mayor's Office, the Libraries and Bookmobile will be closed to the public until May 4 to help minimize the spread of the coronavirus (COVID-19). Stay informed with: Library News;  Press releases and statements from local, state, and federal agencies; and a COVID-19 resource page. Don't know how to access our multitude of online resources? Learn how here. 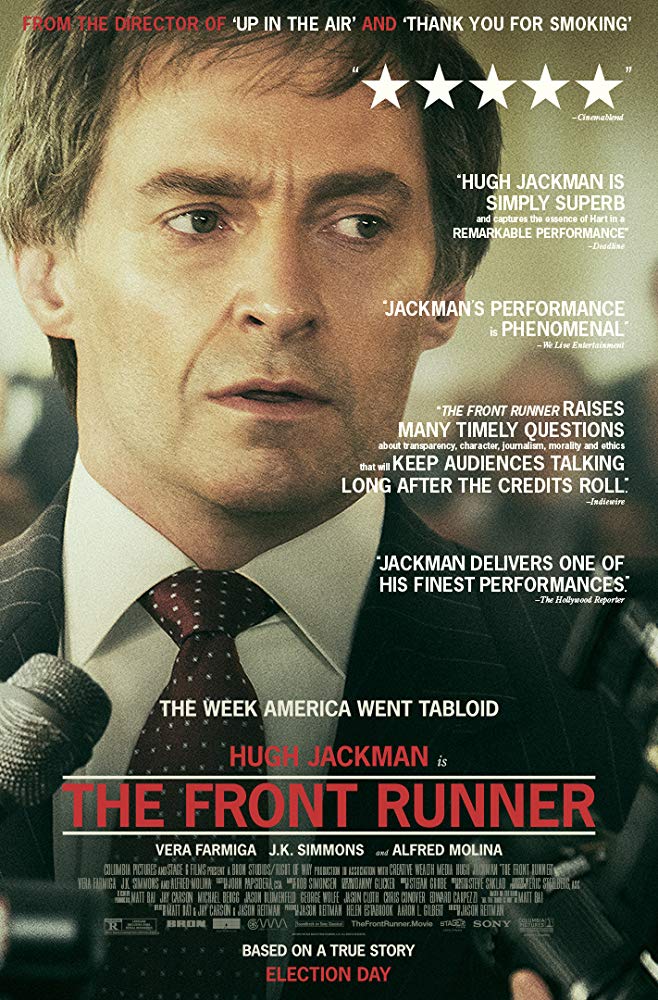 Oscar nominee Hugh Jackman stars as Senator Gary Hart, who captured the imagination of young voters and was considered the overwhelming front runner for the 1988 Democratic presidential nomination when his campaign was sidelined by the story of an extramarital relationship.

(2018) 112 min. Rated R for language including some sexual references.