How well do you know Charles Dickens? 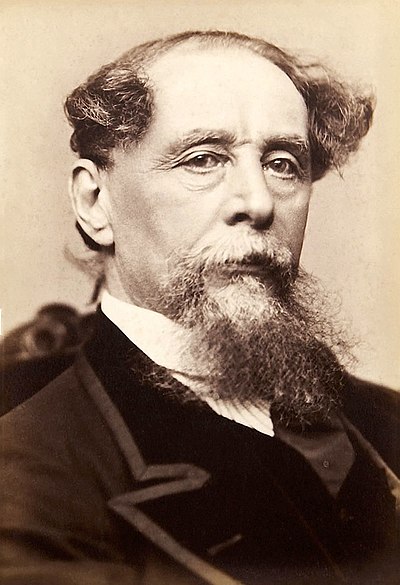 Considered one of the greatest novelists of his era, Charles Dickens wrote 15 novels and created more than a thousand memorable characters. Prolific is one word to describe this author who not only wrote books, but also news articles, short stories, essays, and novellas—A Christmas Carol being his more popular. Many of his works have stood the test of time and are still widely available today 150 after his death.

But how much do you know about this author and his lasting legacy? Here are five lesser known facts about Charles Dickens. 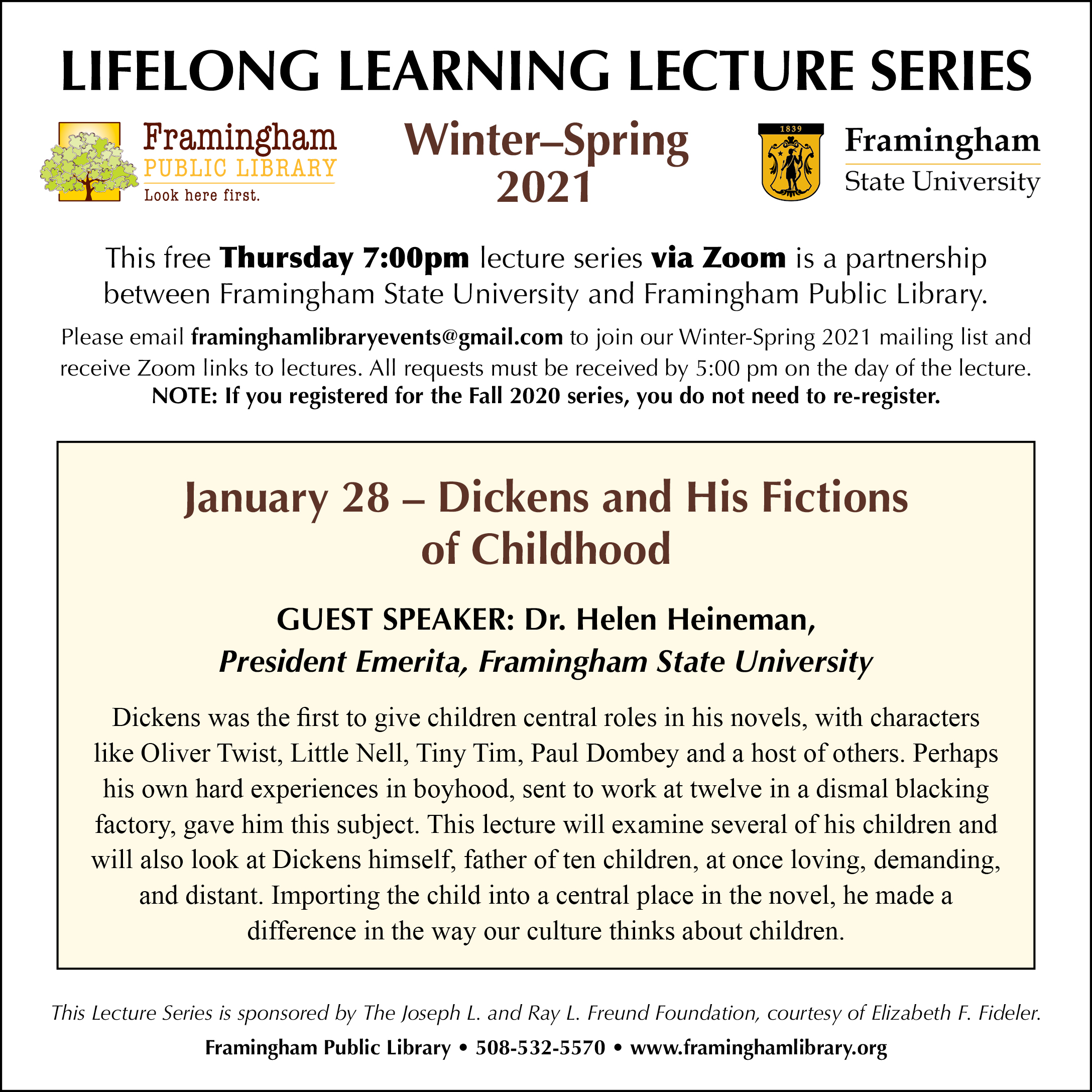 If you're a Dickens fan or just want to know more about him and his works, join us this Thursday January 28, 2021 at 7:00pm for our Lifelong Learning Lecture, "Dickens and His Fictions of Childhood."

Guest speaker Dr. Helen Heineman, President Emerita of Framingham State University, will examine several of Dickens's fictional children and will also look at Dickens himself, father of ten children, at once loving, demanding, and distant.

Email framinghamlibraryevents@gmail.com to join our Winter-Spring 2021 mailing list and to receive Zoom links to lectures. All requests must be received by 5:00 pm on the day of the lecture.

NOTE: If you registered for the Fall 2020 series, you do not need to re-register.

[1] "When Charles Dickens fell out with America," BBC.com